So you’ve joined Dulwich Paragon and heard people talking about racing. If you want to have a go at it yourself here’s how to get involved.

Who runs road races in the area? 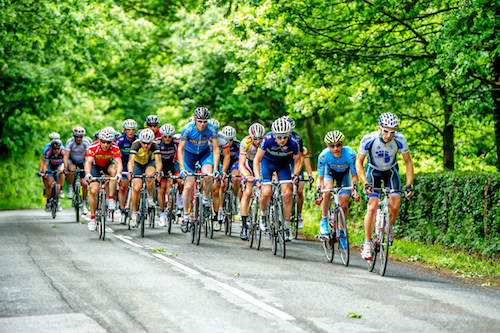 Who can I chat to for more information?

Dulwich has a large number of active racers in the club so there’s no shortage of members to race and train with. Ask around on the faster group rides as there are normally a few riders out each week.

Do connect with our Race Secretary Jon Puleston-Jones or Road Captains, Jonathan Gales and Keir Sutton, who will advise on race tactics and share their experience. Reach out to them at races, through the forum, or on Facebook.

The big question, how fit do I need to be?

If you’ve been out riding at the weekends with Dulwich, joined the faster Herne Hill winter road bike secssions or have done the Wednesday chaingang without being dropped then you’ll be fit and ready for racing. However, nothing will quite prepare you for the shock and hopefully the excitement of your first race.

Apart from being pretty good training, doing the chaingangs is also good practice for gaining the skills for riding closely in a bunch at speed and learning how to ride through and off, which is essential for when you are racing.

What do I need before I start racing?

The first thing you’ll need to sort out before you enter a race is your British Cycling racing licence, as without one you won’t be able to enter a race. To become a member of Dulwich Paragon you must also hold membership of British Cycling at either Silver or Gold level, both of which include a racing licence.  This will allow you to enter all BC events, including road, track, cyclocross and mountain-biking.

Don’t forget that if you’re a Dulwich Paragon member then you’ll need to be wearing our club kit when you race. The minimum required is a jersey. Club kit can be ordered from our online shop – details here.

How do rider categories work?

Once you’ve joined the British Cycling, you’ll find that their website has a great ‘my membership’ feature that allows you to see all of your racing history, rankings and points. The other really useful feature on the BC website is the event calendar, which allows you to see information on all of the races coming up; if you spot an event you’re interested in you can add it to your own calendar on the site. If you’ve just started and have no racing history you’ll be ranked as a 4th category rider. If you want to move up a category then it’s good to start racing at the beginning of the season to give yourself enough time to accumulate the necessary points. Here are the categories:

Races are categorised so that only riders of similar ability race one another: 3/4th cats, 2/3 cats or E/1/2 cats. As you race in higher categories the races become longer.

How do BC points work?

Points are awarded for each race depending on what category race it is. National A events award the most points, down to Regional C+ events.

Stage races will have points for each individual stage and also points for the final GC so you can see that stage races are a good way to accumulate points as in a 4 stage race you’ll have 5 chances to score points.

The points on offer for each category of race are set out here. 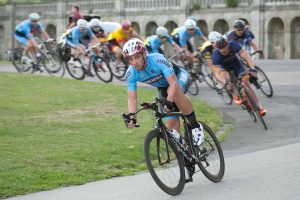 How do I enter a race?

First you need to find out the race details. Look on our forum, the BC website, the race organisers’ website or RiderHQ to find out what races are happening and whether you are eligible to enter. You normally enter in advance online, and races often fill up quickly. Sometimes limited places are available if you turn up on the day.

Importantly, don’t forget to take your race licence along to the race for signing in or you’ll either face a fine or have to buy a day licence.

Where can I race?

There’s plenty of choice when it comes to deciding which race to enter. Ask any of the racers in the club and they will all have their own opinions of which races are easiest or hardest. The shortest races are criteriums or ‘crits’, which are on short circuits with lots of laps. Most SERRL and Surrey League road races are around 80km long for 3/4th cat races and normally take 2 hours to finish.

Whilst it’s possible to cycle to the closed circuit venues on the outskirts of London (see below), some races in Kent and Surrey can be reached by train but often easier by car. Check the forum to arrange lift sharing. It’s always good to head down to a race with some club mates as it gives you a chance to talk tactics and plan what you’re going to try to do in the race. Try to arrive about an hour early in order to have enough time to get your number, get changed, check your bike and warm up a little.

Crystal Palace Crits is the most popular race with Dulwich riders as it’s so close to home. Racing takes place on Tuesday evenings in Crystal Palace Park between May and the end of August. There are three races run at the same time: 3rd cats only; Elite,1st and 2nd cats; Women of all categories.  Entry is online at RiderHQ and the sign-in happens at Cadence Performance opposite the park from 6.00 – 6.55pm with racing starting at 7:15.  Please note sign-on closes promptly at 6.55pm to comply with BC rules which require it to be closed 20 minutes before race start time.  You will not be allowed to sign-on after that time and your place may be allocated to an Enter On Line rider – there are NO refunds. Toilets and bag-drop are available at Cadence Performance; there are NO FACILITIES in the park.

You’ll see plenty from Dulwich Paragon there so if it’s your first time come and say hello: there’ll be no shortage of encouragement. Crystal Palace is a demanding circuit with some tight corners and a hill each lap. So don’t be too disappointed if you don’t finish your first race in the bunch here. Stick with it and come back the following week, and with practice you’ll get the hang of it.

Hillingdon has circuit races running throughout the summer and even in the winter with the Imperial RT winter league. Hillingdon is a closed circuit similar to Fowlmead and they have special 4th cat only races which are good if you’re just getting started racing. It’s worth getting a few of these under your belt before you try Crystal Palace.

Hog Hill opened at the end of the summer of 2008 as the replacement for the lost Eastway circuit that was demolished to make way for the 2012 Olympic site. The circuit at Hog Hill is by far the hilliest of all the circuits in the South East. The facilities are excellent with changing rooms, showers and lockers. It’s possible to cycle there from South London or to drive it takes about 45 minutes.

Cyclopark at Gravesend opened in 2010 and is a well built rolling circuit with fast corners and is used by SERRL for their Winter and Summer series of races. The circuit also plays hosts to events by other organisers throughout the year and hosts racer and skills training sessions. There are changing rooms, lockers and showers available.

Velopark is the newest circuit in London and is part of the Olympic Legacy located in Stratford next to the Velodrome forming part of the Lea Valley sports park. The circuit opened in August 2014 and Dulwich Paragon ran its first ever Winter Series on the circuit from Jan 29 to February 26th 2015. It is a fast and flat circuit with minimal technical corners and two bridges that straddle the canal. There are changing rooms, lockers and showers available.

Racing on the road is very different to crits as the races are longer and you’re sharing the road with other road users, so there are more hazards to look out for. There are cars leading the race which warn traffic that the race is coming but it’s not like the Tour de France: the roads are open to everyone so you must not cross solid white lines in the middle of the road, go round corners on the wrong side of the road, etc. Marshals do try to stop traffic at junctions so you can usually go straight through, although this isn’t to be taken for granted as cars do occasionally ignore marshals. 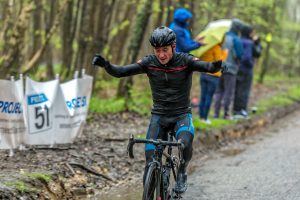 SERRL races are among the safest on the road in the South East.  Safety is taken very seriously, accredited marshals and NEG motorbike marshals are used to stop traffic as the race comes through. It’s a good feeling to know you have these guys on your side. SERRL run several road races from March to September, mostly on the quiet country lanes around Kent. These races vary from 80km to 120km. The road races HQs are normally based in village halls and start at around 9:30 so it’s an early start to get down there in time on a Sunday morning. Fields normally consist of between 40 and 80 riders with the lower category races being more popular. Pre-entering these races is a good idea as they’re often full by the time race day comes. If you miss out on getting an entry it’s possible to enter on the day as there are always a few that pull out, but it’s a bit of a gamble.

A few SERRL races are on closed circuits, and these are held at Fowlmead (also called Betteshanger) near Deal, which is a 1½ hour drive from southeast London. Fowlmead is a purpose built road cycling circuit that is fairly flat and about 3.5 km long; races there are normally handicaps, which means lower categories have a head start and the races last for 1hour plus 5 laps.  There’s plenty of parking, changing rooms, showers and a shop/cafe to buy food and drink. SERRL have also recently started running a stage race each year at the end of May over the bank holiday.

Surrey League run an incredible number of races throughout the year, far more than SERRL, and they have all kinds of races going on – just have a look at the calendar on their website. You’ll be able to race every weekend and during the week at a Surrey League race if you want to and races are just as easy to get to as the SERRL ones, that is, as long as you have a car. Surrey League also organise several stage races a year. These races consist of mostly road stages with a time trial and/or prologue thrown in for good measure. It’s best to get a few races under your belt before you try a stage race as they can be quite relentless.

Surrey League and SERRL both run league tables, which you’ll be included in when you affiliate. If you get some decent results you’ll accumulate league points, but these are not the same as BC points and have no effect on your category. Crystal Palace has also run a similar league over the last couple of seasons with no affiliation required, meaning that if you do well you’ll have a few quid coming your way at the end of the summer.

Increasingly popular are winter road race series on closed circuits. Hillingdon is the most established with races running throughout the winter every weekend. Hog Hill and Gravesend Cyclopark also run winter races.

How to Keep in Touch

There are three places to check for updates. Any big news will be posted on the Road Racing section of the club’s forum. More informal discussions including race arrangements and transport are normally done on either the racers Facebook or Whatsapp groups.