In the last few years, the non-racing side of cycling has really taken off. More riders want to have a sporting ride, but without necessarily taking part in competitions. In Italy and France, the development of Gran Fondo and Cyclosportive events has embraced this trend, and our own Ride of the Falling Leaves is one of the earliest sportive-styled events to be organised in the UK. But what are the essential differences between the various types of event that are available?

These are club rides organised at a set time through the Club Forum. They can be any day of the week, but usually on a Sunday or Saturday morning with groups up to about 20 riders. The start and finish is usually Crystal Palace and the route is either pre-determined by one of the riders or decided on the morning, depending on what sort of ride they want to do. The rides are sometimes themed, to add interest and the these rides such as ‘The Canterbury Pilgrimage’ and ‘Morelli’s Ice cream Quest’ have become annual challenging club runs. The pace can vary from 15 mph up to something approaching racing speed and distances can be anything from 50 km to 150km. Some groups may stop briefly in a cafe at some point along their chosen route and there is little formality in the organisation and no entry fee, just a group of like-minded club members riding together.

These are well-organised sporting rides run all over Europe and very popular in the UK. The number of participants can range from a few hundred to over 30,000, with a fully signposted route, feeding stations for the longer distances, timing systems and completion certificates. Distances can vary from 50 km to 200 km and the pace can be very fast, with prize money going to the leading riders. However, the same event would also provide a ride for thousands of others taking a more leisurely pace and setting themselves personal challenges. The club’s own deservedly famous Ride of the Falling Leaves sees 600 participants heading into the lanes of Kent on the first Sunday in October every year.

Try these websites for some sportive calendars in Britain and Europe: 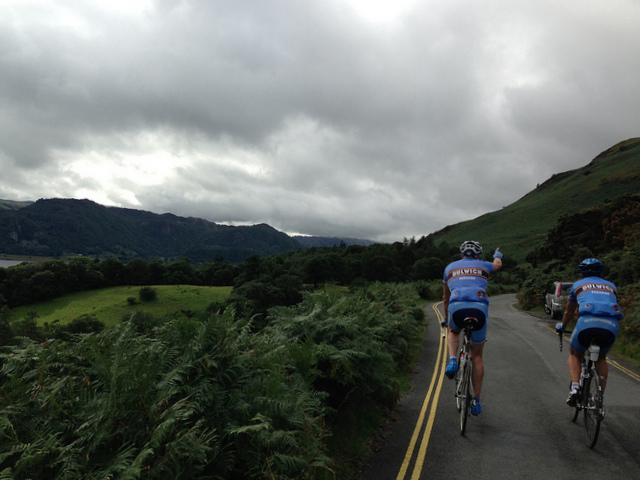 These are a forerunner to cyclosportives and are intended as a helpful step towards fitness for club riders who want to start their racing season later on in the year. They tend to take place in January and February attracting a few hundred riders from clubs in the surrounding area. A typical reliability ride would start in a village hall with a pre-determined route. Sometimes the route is signed, but usually a route card is issued with instructions on which roads to take. The idea is to ride as a group at a set average speed, neither too fast nor too slow. The entry fee can be paid in advance and sometimes on the day. If you want to try some reliability rides, keep an eye on the Club Forum at the start of the year to see who is riding them and to get more details.

These are longer distance endurance rides and are non-competitive, with success being measured by completion of the distance within the pre-defined time limit. Distances can vary from 100 km to 1600 km and take place as almost non-stop day and night riding over several days. The most famous Audax, the 1200 km Paris-Brest-Paris is the oldest continually running cycle event in the World, with over 6000 entrants all required to qualify for the event over 200 km, 300 km, 400 km and 600 km qualifying rides. Audaxes are regarded as the tougher and more extreme endurance side of cycling, following a set route with route cards and an average pace set by the rider in order to complete the distance within the set time window. Checkpoints (normally at cafes) are situated on the route as both feed zones and rest points. Try the Audax UK website for more information: www.aukweb.net